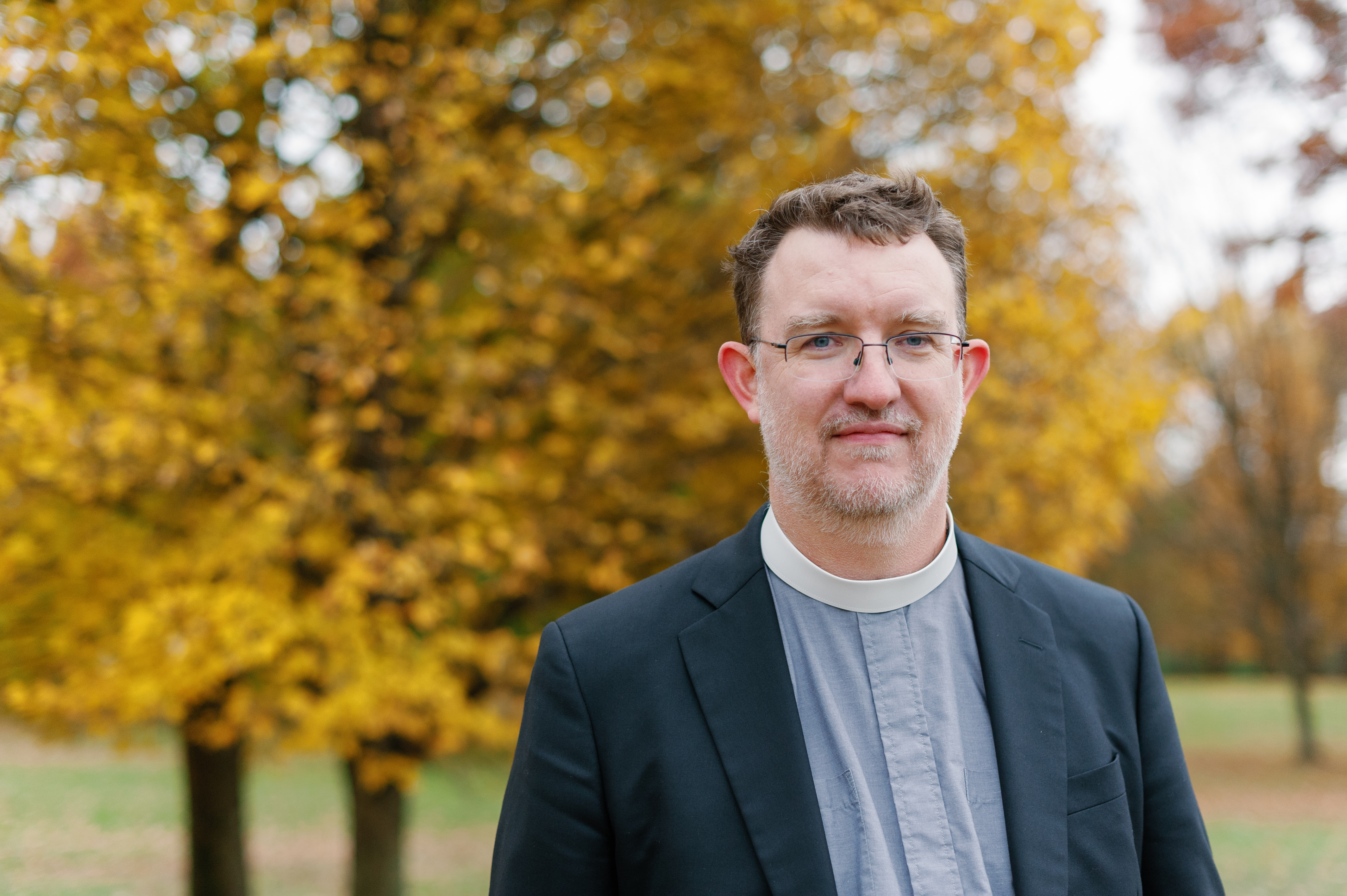 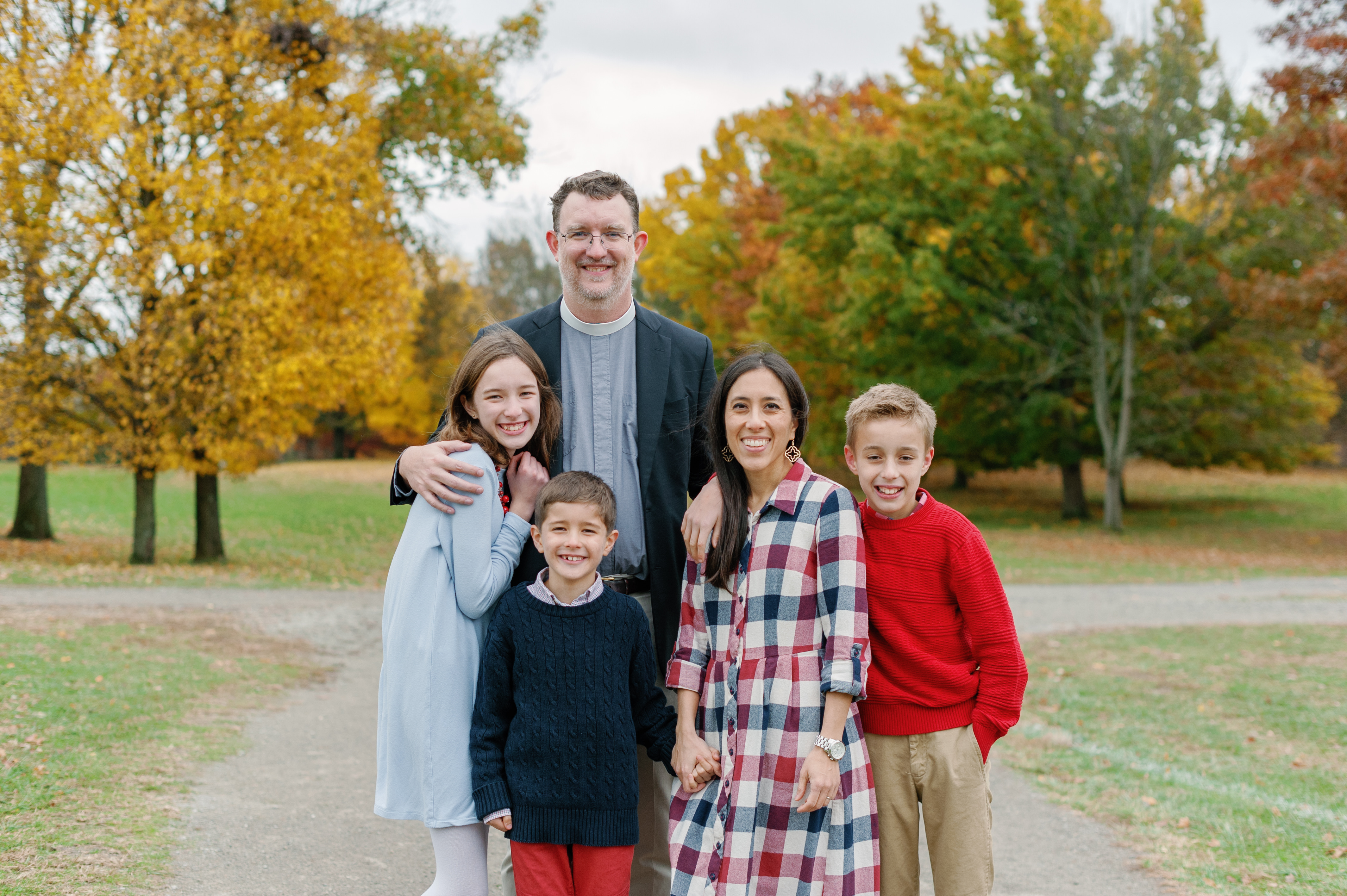 Nick is a 2000 graduate of the University of Arizona and a 2007 graduate of Trinity School for Ministry, having studied Communications and Religious Studies while at Arizona and Systematic Theology and Ethics at Trinity.

An avid movie-watcher, reader, and all-around couch potato, Nick is fascinated by the intersection of the Gospel and everyday life. He was called to pastor Grace Anglican Church in September, 2018. Nick and his wife Aya have three children: Hazel, Patrick, and Charlie.

Nick is author of Life is Impossible...and That's Good News, and co-author (with Tullian Tchividjian) of the devotional It is Finished: 365 Days of Good News. Much of his other writing, and an archive of his sermons, can be found at his website. 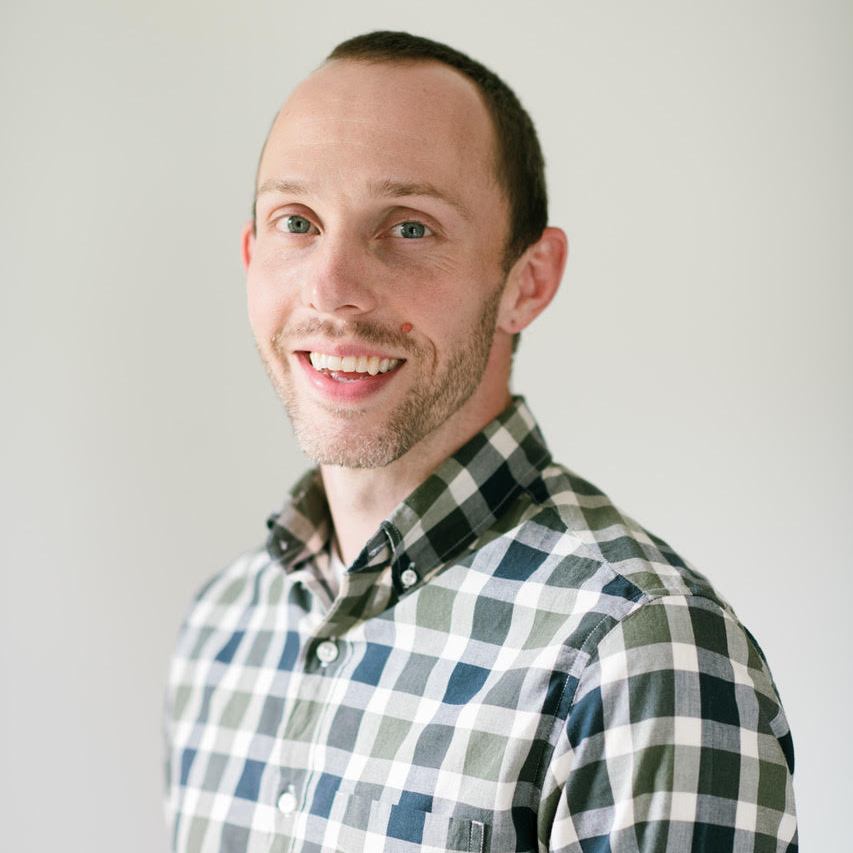 Michael is a 2009 graduate of Boyce College (BA) and a 2012 graduate of the University of Missouri-Saint Louis (MA), having studied Christian Worldview and Apologetics while at Boyce and Philosophy at UMSL.

As Director of Family Ministry, Michael oversees ministry to children from birth through high school, including seeking to minister to them along with their families. His ministry includes the Sunday morning nursery, Sunday school, and Junior and Senior High formation and community events. Borrowing from Gerhard Forde, Michael’s philosophy of ministry can be summed up by one phrase: the only solution is absolution!

When he is not reading or listening to podcasts, Michael enjoys grappling (Brazilian Jiu Jitsu) and daydreaming about starting a small, Joel Salatin-style farm. He and his wife Whitney have a wonderful and lively little girl named Clara and a brand-new son, Thomas. 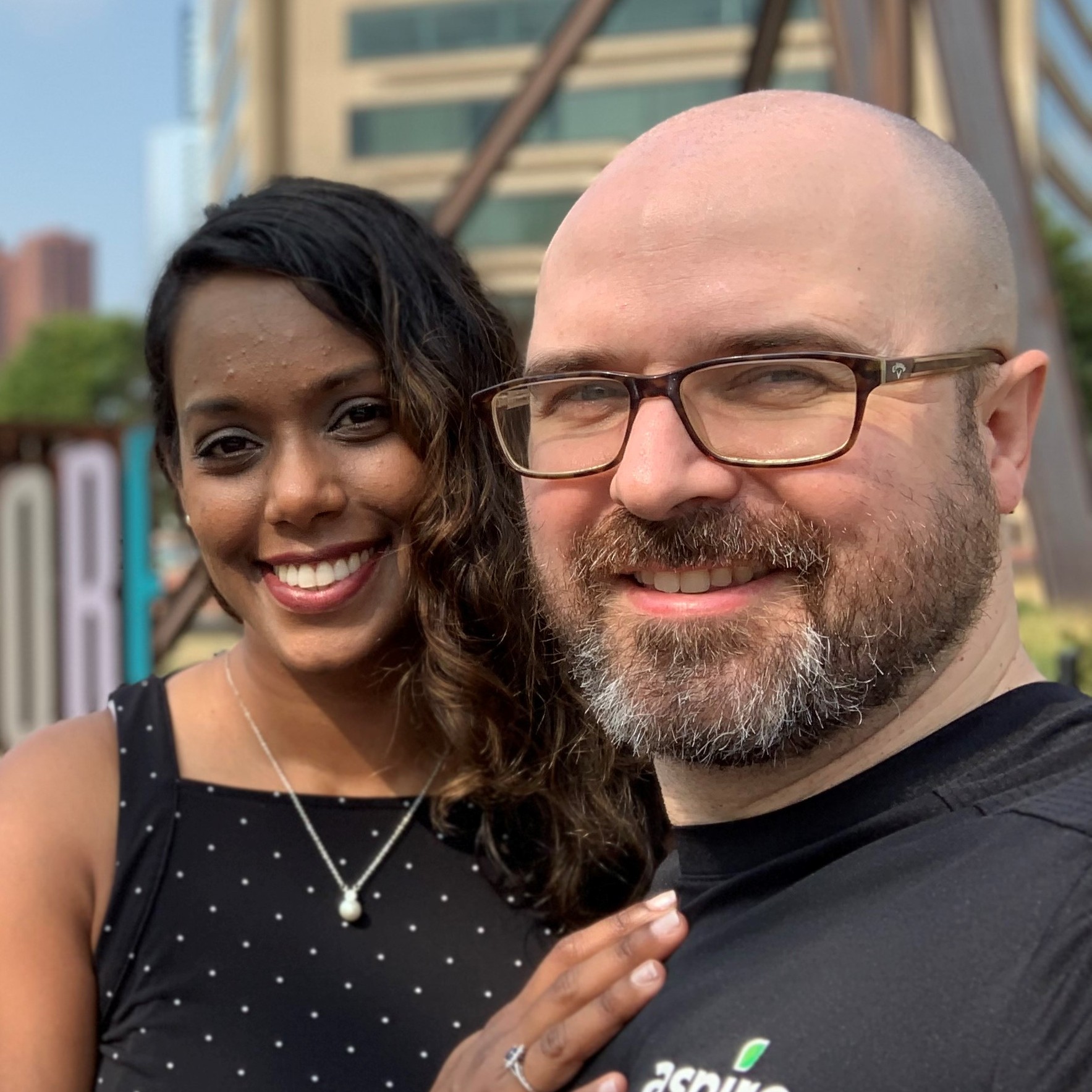 Todd has a BA in Liberal Arts and Christian Theology from Ouachita Baptist University and a Master of Divinity from Covenant Theological Seminary. At Grace Anglican, Todd preaches, teaches, and leads groups of various kinds. He is also prayerfully discerning the movement of the Holy Spirit toward potentially planting a new church in New Albany, IN.

Todd works full time as an Implementation Manager at Aspire Software Company. He was raised in a Christian home and cannot recall a day in his life when he didn't know and love Jesus. He has more hobbies than either time or money will allow, but he especially loves carpentry, music, outdoorsmanship, gaming (the nerdier the better), and cooking amazing food. He is married to Davina, and Whitefield (a terrier mix, adopted from the SPCA) shares his home with them. 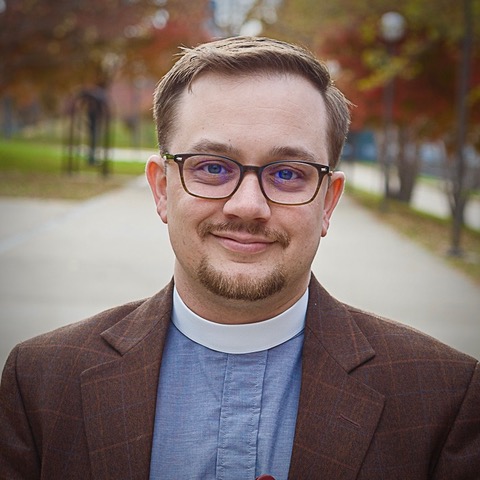 Jacob has a Bachelor of Arts in English from Reinhardt College (2006) and a Master of Arts in Theology & Arts from The Southern Baptist Theological Seminary (2010). At Grace Anglican, Jacob preaches, teaches, and coordinates the intercessory prayer team and acolyte ministries.

Jacob works full time as a Web Development Contractor at LimeCuda. He can normally be found perusing Louisville’s creative and cultural scene and exploring the intersection of the arts, theology, liturgy, and spiritual formation. He enjoys writing and charcoal drawing in his spare time, as well as discovering great literature, art, film, theater, and music. He blogs at JacobDavis.com. 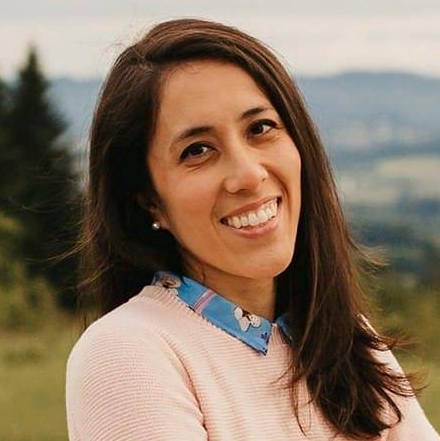 As Director of Music, Aya oversees the choir and music team, leading rehearsals, Sunday music, and selecting repertoire in coordination with the Rector to assist the church in its weekly worship. Aya has been playing the piano since the age of six, has been helping various churches and groups lead worship since she became a Christian at age 16, and can't think of any better use of her musical abilities than to lead fellow Christians in lifting their voices in praise to the Lord.

Aya is a full-time optometrist, practicing locally at VisionFirst in Louisville. She enjoys cooking (and eating) interesting things, cheering for the Pittsburgh Steelers, and dreaming of a remodeled kitchen. She is married to Nick (see above) and mother to Hazel, Patrick, and Charlie...who mostly want to eat boring things. 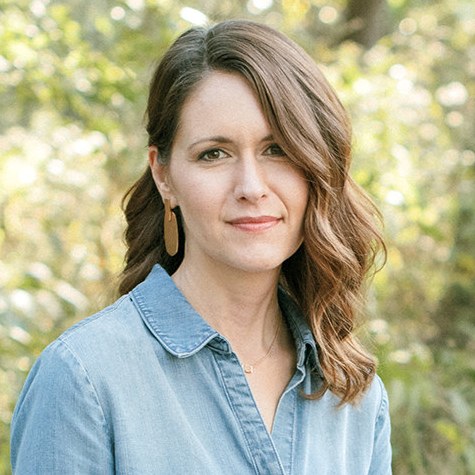 Tiffany is most simply a woman loved by God, which is amazing first and most especially to her. Her love of theology and studying God’s Word was ignited as a young adult while her husband attended Bible College and Seminary, as the Lord also offered her mentors that taught her to read and learn. She loves imagining what it would have been like to have traveled the Emmaus road with Jesus and prays, as she teaches the Word of God, that He is interpreted in "all the Scriptures the things concerning himself”. She leads Bible and book studies in the fall and spring at Grace Anglican.

She is the wife of Micah and mother to Andrew, Elijah, Isaac, Eliana, Isabella, and Talitha and is a full-time homemaker. In her free time, there are few things she enjoys more than engaging an empty page or blank canvas accompanied by a strong cup of coffee and good music.

Tiffany sometimes blogs at tiffchilds.com and is the author of Of Souls and Snowflakes, an Adoption Story.

The vestry is a council of advisors to the pastor. Vestry members are elected by the congregation to three-year terms at the parish's annual meeting each October.